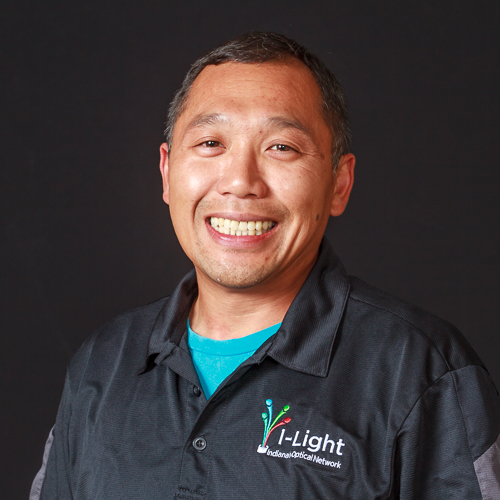 Nam is I-Light’s Principal Network Systems Engineer. He began his career at Indiana University in 2002 and became a Field Technician for the GlobalNOC in 2007. Nam is known for his above and beyond level of service to member customers and his lighthearted support of his teammates. Nam’s dedication to his career has facilitated his rapid mastery of new network platforms and expanded his leadership role on the I-Light engineering team. He also enjoys long walks on the beach and honey buns, but not at the same time.

I-Light is a high-speed fiber optic network that connects members to state, national, and international research and education communities.